Coming in December 2012: The Time Contessa 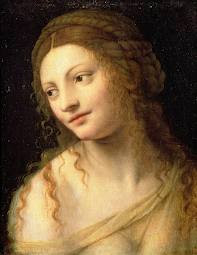 How did you come by the idea?
This is the third book in my time-travel series. In the first book, The Time Baroness, my heroine Cassandra travels to Jane Austen’s England; in the second, The Time Heiress, to pre-Civil War New York City. In this third, upcoming, book, The Time Contessa, she travels to Renaissance Italy. The idea for The Time Contessa comes from the mention of another character in the earlier books, Jake,who time-traveled to Renaissance Florence some years before, but screwed something up in the time-line. So he and Cassandra now have to go back and fix it. This was a great opportunity to create a new male character that Cassandra falls for: Lauro Sampieri, a charismatic, artist and inventor.

What genre does your book fall under?
I like to call my books “romantic, time-travel,” as opposed to “time-travel romance,” because they are not traditional romances. They could also fall into the categories of sci/fi, and historical fiction.

Which actors would you choose to play your characters if it were a movie?
I always have in mind Nicole Kidman for Cassandra. I think Javier Bardem or Robert Downey Jr.  would do nicely as Lauro, and I'm pretty sure Jake Gyllenhaal would be a great Jake (nice coincidence about the name too!).

What is the one-sentence synopsis of your book?
"Forced to travel back in time to Renaissance Siena with her colleague Jake to solve a mystery about a famous painting that's suddenly ceased to exist, Dr. Cassandra Reilly finds herself struggling to resist the romantic spell that threatens to derail her mission to restore the future, while keeping Jake from permanently falling victim to the past."

How long did it take you to write the first draft of your manuscript?
About six months. But before that there were a couple of months of research, which remained ongoing while I wrote. I thought I knew a lot about the Italian Renaissance, but I definitely learned things that surprised me; I think they'll surprise the reader too.

What other books would you compare this story to within your genre?
It's hard to compare it to books in my genre, because very few deal with time-travel the way I do. But I'd have to say The Outlander Series by Diana Gabaldon isn't too far off, though her books are quite a bit more violent than mine. Then, as far as historical fiction: Birth of Venus by Sarah Dunant.

Who or What inspired you to write this book?
My life-long love of Italy, the Italian language, the country’s art, it’s culture, food, and let’s not forget its men, inspired me to want to set one of the books in my series there. I studied in Florence for a summer, long ago, and more recently had a vacation in a farmhouse in Tuscany for a week, and I thought: there’s no more beautiful or romantic place in the world than this. But also, I am passionate about the art of the Italian Renaissance: Michelangelo, Da Vinci, Donatello, Rafael…so I wanted to write a book that really focused on the art as well.


The hilarious Barbara Silkstone tapped me for
The Next Big Thing.
I’m passing the tap onto the amazing
Cara Bertoia, travel-novelist and adventurer!
http://carabertoia.blogspot.com/
Posted by Georgina at 2:30 PM