Barbara Silkstone is the winner of the Nerd-girls book and gift certificate giveaway! Thank you to everyone who entered! Though the contestants for my Nerd-girl giveaway were few, my giveaway on Goodreads attracted more than 700! They chose the winner this morning: Deszrian from Texas. So both Barbara and Deszrian will be getting a free, signed copy of The Time Baroness, and Barbara gets the added prize of a $25 gift certificate to Ann Taylor Loft. For those who didn't win, don't despair! You can still get the print version of The Time Baroness, a romantic, time-travel adventure set in Jane Austen's England at the new, sale price on Amazon of $8.60, here: http://amzn.to/ljb0wb or by clicking on the picture of the book on this blog. And, as always, it's only .99 as an e-book.

Finally, since I happen to know that Barbara is also an author, let me give a special shout out to her two humorous novels, The Secret Diary of Alice in Wonderland Age 42 and Three-Quarters: http://www.amazon.com/Secret-Diary-Wonderland-Three-Quarters-ebook/dp/B003BIGFSE
and Wendy and The Lost Boys: http://amzn.to/pR0fna, both great fun reads from her Fractured Fairy Tales Series.
Posted by Georgina at 11:55 AM 0 comments

Test your knowledge of Jane Austen and her works. If you want, post your results in a comment here.
http://www.proprofs.com/quiz-school/story.php?title=how-well-do-you-know-jane-austen-her-books
Posted by Georgina at 5:08 PM 0 comments

So Many Ways To Get The Time Baroness on the Cheap!

1. Buy the ebook for .99 cents. You can't get much cheaper than that.
http://amzn.to/ljb0wb
2. Buy the print version from Amazon now. They've just discounted by %28 to $8.60, but I don't know how long this sale will last.
http://www.amazon.com/Time-Baroness-Book-One-Mistress/dp/1463783043
3. Enter either or BOTH of my giveaways and win it for free. Your chances are much better if you enter the giveaway on this blog because only about 6 people have entered and it ends August 31st, 2011.
http://nerd-girlsromanticsandtime-travelers.blogspot.com/2011/08/book-and-prize-giveaway-25-ann-taylor.html
- You can also enter my Goodreads giveaway by clicking on the button just above this post.
5. Finally, you can wait until after August 31st, 2011 and get it for %25 off directly from my website. It's not quite as good as Amazon's %28, but if you miss Amazon's sale, you still have a chance for a discounted price on the print version. This discount will last only one week, until September 7th, 2011.
http://www.georginayoungellis.com/
Posted by Georgina at 3:46 PM 0 comments


The music of Styx and some crazy 1980s fashions sent me sailing away into the past, as the sun set over the East River, Friday, August 12th, 2011. I was enjoying Curious Frog Theatre Company’s production of Two Gentlemen of Verona in Astoria Park. This quick, hour and a half version of Shakespeare’s light-hearted comedy of love letters and disguises grabs your attention from the first moment and never lets go. There is some wonderful new talent on the Curious Frog (CF) stage, and some company members that I was pleased to see there again. Many of the performers do double duty in their roles, as is director Renée Rodriguez’s way: make the most of what you’ve got and keep the cast small. One stand out is the irrepressible Krystine Summers who we enjoyed last summer as Puck in A Midsummer night’s dream, bringing her quirky physical comedy and wry interpretations to her roles as Launce and the Third Outlaw in this production. Let me just say this: if you can manage to be onstage with an adorable Chihuahua (the lovely Lola who played the part of the dog, Crab) as Ms. Summers is so much of the time, and not be upstaged, you’re doing your job as an actor.
Another returning member of the company, Bushra Laskar, plays Silvia, the irresistible love interest to Proteus and Valentine. While snooty and self-centered, parading around the grass in her "Candies," she manages to enchant the audience with her expressive eyes and ease with the language. The "gentleman" in Verona are all exceptional actors: Justin Maruri, riveting as Valentine, Emilio Aquino engaging and funny as Proteus, and Antonio/Duke played by James Ware, an exciting new presence at CF, whom, I learned, will be playing Caesar in that simultaneously running Curious Frog production. I loved seeing Robert Dyckman on the Astoria Park stage for the first time; an exceptionally versatile and energetic actor, he plays the roles of Speed, Eglamour and the Second Outlaw. Angela Sharp is a standard at CF, and though I have enjoyed her performances in the past, she tends to be a little shrill in her role as Julia as she works to project in the open air venue.
The production is non-stop action and laughs, the kind of spectacle that has children from around the park running to check out, and staying to watch (however, it's not specifically a production for kids as it contains some rather bawdy humor). The fight choreography is precise and original, something Ms. Rodriguez is particularly adept at, a hallmark of all CF's Shakespearean productions.  The color blind casting that is part of their overall mission as a theater company also makes for interesting visual dynamics. But though the '80s theme is a good gag, I wasn't sure it really added to the story in any necessary way. All in all, if you're a fan of cool, innovative Shakespeare with bare bones sets but complete attention to acting, language, physicality and spirit, you won't want to miss either of Curious Frog's productions this summer. You can catch them at these locations and dates:
Two Gentlemen of Verona: Fort Greene Park (8/22 7pm); Central Park/Cherry Hill (9/3 6pm); Inwood Hill Park (8/27 4pm); Waterside Plaza/Manhattan (8/30 7pm); Pelham Bay Park (9/4 4pm).

www.curiousfrog.org
Posted by Georgina at 8:18 AM 1 comments

I'm so glad I read this book. I enjoy time travel and historical romance and this book fulfilled my expectations of romance and a historical experience. It was engaging from beginning to end and I felt as if I really got to know not only Cassandra, but all of the players in the story. I loved the romance between Cassandra and Ben and as their relationship grew, I found I was on pins and needles trying to figure out which path she would ultimately choose as January 12th drew near. This is an excellent story and I have already recommended it to several friends! You won't be disappointed!"
Thanks to Amy, whoever you are!
Posted by Georgina at 4:48 PM 0 comments

Interview I Did for Revital Shiri-Horowitz' Lovely Blog 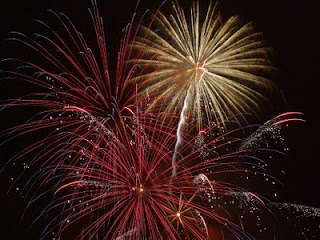 To enter, follow this blog by clicking on Join This Site with Google Friends Connect; the button is on the right, below the book covers.

Anyone who followed the blog before August 1st has not yet entered the contest. (If you are already a follower, you may enter the contest by commenting on this post.)

A winner will be chosen at random on September 1st, 2011.
Each person may only enter once.
If you are the winner, I will contact you through Google Friends Connect to let you know. At that time you will have to provide me with your mailing address so I can send you the gift certificate and the book.

Any questions, please e-mail me at ginafire@gmail.com

thanks and good luck!

(The Time Baroness is currently available as an e-book for .99 cents here: http://amzn.to/ljb0wb
The print version will be available around mid-August for $14.95 at the same Amazon location.)
Posted by Georgina at 5:13 PM 2 comments