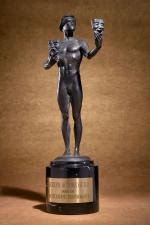 I promised to let my readers know which films I voted for this month as a member of the Nominating Committee for the Screen Actors Guild Awards. The decision was difficult, with hundreds of choices in some of the categories. Here are the films the Nominating Committee as a whole ultimately chose, as well as those I preferred, though not all my favorites made the final cut.

Of these, I had only picked Daniel Day-Lewis. I agree the above are all good choices, but I nominated:
Jack Black - Bernie
Jake Gyllenhaal - End of Watch
Bill Murray - Hyde Park on Hudson
Christoph Waltz - Django Unchained 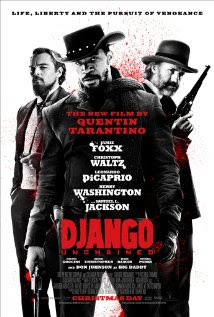 I had chosen the first three, but in the other two slots I would have preferred:
Elle Fanning - Ginger and Rosa
Halle Berry - Cloud Atlas

None of my choices in the following category made it through. Nominated for Outstanding Performance by a Male Actor in a Supporting Role were:
Allan Arkin - Argo
Robert DeNiro - Silver Linings Playbook
Javier Bardem - Skyfall
Phillip Seymour Hoffman - The Master
Tommy Lee Jones - Lincoln

I agree all of these actors gave excellent performances. As a matter of fact, this was the most difficult category to choose from, but I had selected:
Jim Broadbent - Cloud Atlas
James Gandolfini - Not Fade Away
Samuel L. Jackson - Django Unchained
Michael Peña - End of Watch
Christopher Walken - Seven Psychopaths 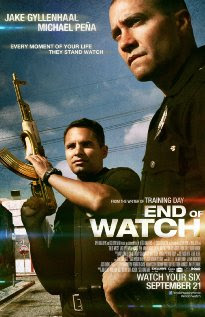 For Outstanding Performance by a Female Actor in a Supporting Role only my choices of Sally Field and Anne Hathaway were in line with the majority of the Committee. These were its nominees:
Sally Field - Lincoln
Anne Hathaway - Les Miserables
Helen Hunt - The Sessions
Nicole Kidman - The Paperboy
Maggie Smith - Best Exotic Marigold Hotel

And I was way out of sync with my fellow SAG members for Outstanding Performance by a Cast in a Motion Picture. They chose:
Lincoln
Silver Linings Playbook
Les Miserables
Flight
The Sessions 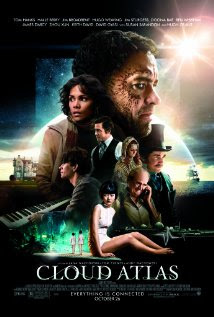 As you can see, I had a great preference for End of Watch and Cloud Atlas, two of my favorite films of the year, but they didn't end up in the final nominations at all. That's disappointing to me, especially when it comes to End of Watch. I rarely have seen such spot-on, moving performances as I did from the young actors involved in this riveting film about two cops, close as brothers, dealing with their dangerous work in a bad LA neighborhood, their love-lives, and families. I suppose Cloud Atlas wasn't to everyone's taste, but when you consider each principle actor played many different roles in the film, it was truly an amazing feat (besides the fact that the back-and-forth-in-time plot appeals to a time-travel author such as myself). Django Unchained, starring Jamie Foxx, Christoph Waltz and Leonardo DiCaprio, was also completely overlooked and I think that's because the producers didn't send the Committee members a DVD, and the screenings were held late in the season; therefore not as many saw it. It's also enormously violent (it is a Tarantino film after all), so perhaps it turned some members off. But there's no denying that some of the most exceptional performances of the year were in this funny, deeply emotional film. And honestly, though Les Miserables is a brilliant piece of film-making, and there's no arguing the performances were exceptional, I'm not a huge fan of musicals so I wasn't moved to nominate many from that cast. 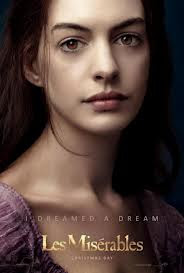 There were some lovely pictures out there this year that would certainly appeal to most audiences, some nominated, some not, such as Moonrise Kingdom, Hitchcock, Celeste and Jesse Forever, Bernie, The Magic of Belle Isle, Quartet, The Perks of Being a Wallflower, Won't Back Down, The Intouchables, This is 40, Anna Karenina and Hyde Park on Hudson. There were a few I missed seeing during the screening process, but I heard were very good, which you might want to check out, including: Jeff Who Lives at Home, Amour, The Bachelorette, and Killing Them Softly. Those that I really didn't care for, though perhaps you will feel differently about, are: The Master, On The Road, A Late Quartet, The Grey, Magic Mike and The Paperboy.

Please check ratings before you go. Many of the films from this year are very violent or sexual. If you have a delicate stomach you won't go for Django Unchained, Cloud Atlas, End of Watch, The Impossible, Flight, or Seven Psychopaths. 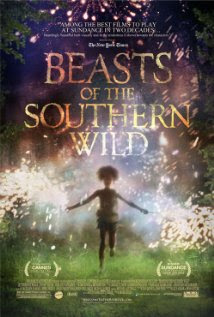 My favorite movie of the year is one you won't see on the above lists of nominations because it's so Indy that the actors weren't members of the Screen Actors Guild at the time they made the film and therefore not eligible for its award. However, I believe you'll see Beasts of the Southern Wild crop up at the Academy Awards - truly the most inventive, moving, gorgeous, surprising film I saw this year, with some of the most outstanding performances from completely unknown actors.

And now, a recap: Here are my top ten favorite films of the year in order of preference:

Whether you catch them in theaters or at home, don't miss this exciting and exceptional season in motion pictures. 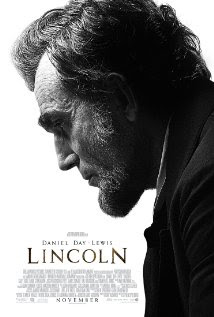 Posted by Georgina at 5:33 PM 0 comments