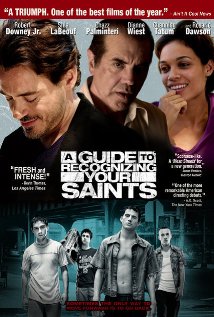 I recently wrote a couple of articles for you film fans out there. One is a review of The Artist: http://www.chicklitclub.com/movie-night.html#theartist
The other is a an article that highlights the accomplishments of film-maker Dito Montiel, at a gala honoring his life and work so far: http://www.qgazette.com/news/2012-03-21/Features/APAC_Honors_Dito_Montiel.html
Enjoy!
Posted by Georgina at 5:28 PM 0 comments

Email ThisBlogThis!Share to TwitterShare to FacebookShare to Pinterest
Labels: A Guide to Recognizing Your Saints, APAC, Dito Montiel, The Artist

Bodice Rippers and Other Guilty Pleasures


I hate to admit that I sometimes read trash. Those of us who consider ourselves "serious readers," claim we never stoop to the level of reading chicklit, or romance or, god forbid, Jackie Collins. And yet, some of us have found ourselves actually writing in those genres! (Is Jackie Collins a genre in herself?) In my case, it's romantic time-travel. Here's a review from a reader (anonymous) who seemed to like my book, The Time Baroness, but hated herself for doing so. I found the review quite amusing.

"Well, i realized I had screwed up my birth control pills and had forgotten to take one for three days and so, on the fourth day (when I realized this) I figured it made no sense to try and "double up to catch up" four days of pills and I instead decided to just not take any and let the cycle run its course. Which means (since I was only in the second week of pills) that I had a period ten days after I just had a period. That should fully explain the hormonal state that led me to be reading a book called The Time Baroness with a cover like that!
Don't judge me!
At any rate, listen: this book has time travel AND Jane Austen's England. To me (remember the hormones) that read like a combination only topped by the Ghost Rider movies which have a character that is half Nicolas Cageand half flaming skull. Seriously!
This book didn't fail to deliver on either of those two things and it was actually a pretty good little story on top of it. It wasn't a very complex story, overall, but it was an entertaining one and the writing wasn't bad. I don't know that I would rush out to buy this book (although I did ::whispers:: rush right to buy the next one, Time Heiress. Don't judge me!) but if you like time travelling characters trying to be Jane Austen characters, then read it if you get the chance!"
Posted by Georgina at 1:13 PM 0 comments