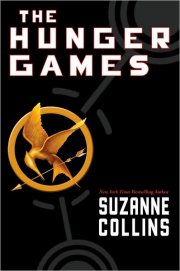 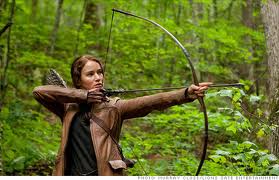 I said I wouldn't read The Hunger Games. But I did. I wanted to hate it. But I couldn't. After Chapter One, I was hooked. By Chapter Two, I was jealous. By halfway through the book I realized I simultaneously loved and hated author Suzanne Collins. I loved her because of her gift for cracker-jack pacing and great characters. I wasn't fond of the world she created because I wouldn't want to live there. Who would? It ain't no Hogwarts. But I loved her brave and beautiful Katniss, faithful Peeta, little Rue, the flawed Haymitch...I was dying to see what happened to them next. Still, I hated Suzanne Collins because she did it all so well. Yes, I admit I was envious, and, at the same time, I really, really admired her.

By the end of the book I was obsessed. I haven't given in to seeing the movie version; I want my own imagination to serve. Yet I went online to find pictures and became fascinated by how the characters looked, come to life on screen. I'll probably give in and see it after all. I haven't read the other two books in the series, but I will. And then found  myself wondering, who is Suzanne Collins? Is she an upstart like J.K. Rowling? I've heard she's a housewife. Is she like Stephanie Meyer? Did the story come to her in a dream? I don't even have the gumption to google and find out. That's how jealous I am. Yeah, I've been told I'm a good writer; I create good characters and story lines, and my books sell just fine. After all, who doesn't like time-travel? Still, envy rears its ugly head and makes me almost want to say that I hate The Hunger Games! Don't read it! It's just more popular fiction for teens! But it's not merely that. It's a well written, superbly crafted book. It's a story that yanks you in and doesn't let up until the last moment. And though I swore I wouldn't say this to anyone...I highly recommend it. 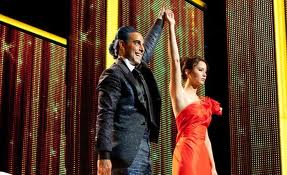 Posted by Georgina at 4:36 PM 4 comments