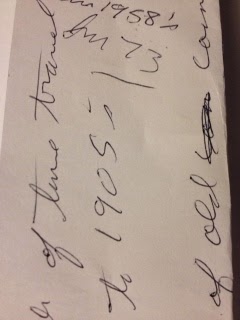 On Saturday, March 15th, I attended the Tucson Festival of Books as an author, signing copies, giving away pins and bookmarks, and generally engaging the percentage of the 100,000 attendees that dropped by my table. I have never seen such a huge festival dedicated almost exclusively to books and literacy. There were several food vendors, a couple of science venues for kids, lots of author presentations and events, but mostly booth after booth and table after table of authors and publishers selling, signing, and talking about their books. I was incredibly impressed with Tucson's dedication to and interest in reading, as most of the folks I talked to were locals, there to find favorite authors and discover new ones.

Why is Tucson such a reading town? I credit a couple of things: one is the presence of service groups such as Altrusa and Rotary who, for years (in Altrusa's case 40), have dedicated themselves to the cause of advancing and funding literacy programs in Tucson and around the world. The Tucson Festival of Books has been participating in this effort since its inception in 2009, having donated $900,000 toward the cause. Also, I credit the presence of an amazing business called Bookmans, which has 5 stores in the Tucson area, each one a paradise of used books where you can go and hang out, read, relax, and generally soak in the atmosphere of literature. One of the friendliest places I have ever set foot in, Bookman's has a huge influence in Tucson.

I met countless wonderful people on the day I was at the book festival, and wish I could talk about all of them. But one really stood out. It was about 3:45 in the afternoon, almost the end of my 2:00-4:00 time slot. The crowd had begun to thin and I was starting to pack up. A gentleman approached my table. He was a salty-looking guy of indeterminate age with a full beard and the aura of a real desert denizen - not someone I'd peg as my target reader. He picked up The Time Baroness, book one in my romantic, time travel series, and looked over the back cover. Then he used a sort of sign-language to ask me: "How much?" Not knowing whether he was deaf or not, I indicated with my hands that the book was $10. He picked up a pen and wrote on the back of my email sign-up sheet: "I like to think of time travel back to 1905." Assuming now he could hear but not speak, I asked him why. "Because of old coins," he wrote. I was intrigued. He gave me the 10 bucks and I told him to write his name so I could sign the book to him. He did, along with his email address. For the sake of privacy, I'll simply tell you his name was Dave. After I had signed the book to him, He wrote on the sheet, "You live in Tucson?" I said that I grew up there, but that I now lived in NYC. He wrote, "I've been to NYC in 1958." I said, "No, it's not possible. You're not old enough." He wrote, "I'm 73." We laughed and shook hands. He trundled off with his book and I packed up my stuff, thrilled that my final sale of the day had been so remarkable. The experience perfectly sums up my magical day at my first book festival ever. I'm so glad it was in beautiful Tucson, where the people are even warmer than the weather.
Posted by Georgina at 1:39 PM 1 comments