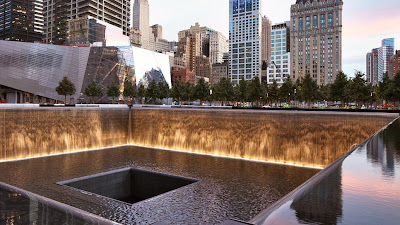 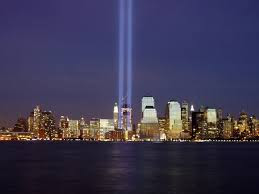 To all those still suffering because of 9/11, and I know there are many, I'm sorry, and my heart is with you. I hope you'll find the peace to heal too someday, or maybe you're already on that road. I'm also thinking of the other people in the world in anguish because of war or terrorism or any of the other many horrors we bring upon each other, and pray for them, especially if my country had anything to do with it. We New Yorkers are not the only group to have suffered a terrible attack - almost minor compared to many other atrocities. And I'm not discounting how all of America suffered that day too, especially the people who lost loved ones at the Pentagon, or on any of the four planes that crashed. But I have many things to be grateful for, and one is that, so far, I have been spared worse. I only pray that in the future the suffering on this planet will abate for all people, and all can be granted healing.
Posted by Georgina at 4:17 PM