A Victory for Nerds, an Evolution for the Rest of Us 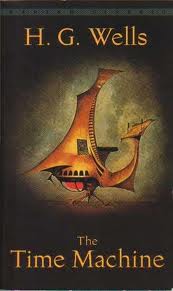 Here's a conversation topic for nerd-girls: Did the neutrinos at the CERN facility in Switzerland on November 20th, actually travel faster than light, confirming an earlier experiment in September at the same facility? Both experiments, conducted by the OPERA collaboration, had the same results, though the neutrinos were packed more tightly in the second. Here's an article that explains it better than I can: http://www.washingtonpost.com/national/health-science/second-experiment-confirms-faster-than-light-particles/2011/11/17/gIQAlRlTWN_story.html
Of course, scientists all over the world are up in arms about this. I can just picture the scientists who did the experiment jumping up and down with excitement, their thick-rimmed glasses flying in all directions, while their nemeses sourly publish articles about why they must be wrong, angrily jamming their slide rules into their pocket protectors. If OPERA is right, there will be a lot more than sour grapes. Physics will have to start again at 0, because this means that Einstein's theory that nothing can travel faster than light, the famous E=Mc2, is wrong.

This, as my friend Garrison put it, is like the discovery that the world was round instead of flat. Everything we know of as reality will have to shift. Originally, I thought the finding would do nothing more than mess with the TV show The Big Bang Theory, but I was wrong. A gifted Chinese ESL student of mine explained with great clarity how this changes everybody's reality: if neutrinos can travel faster than light, it means (very roughly, and I'll probably get this wrong, so don't yell at me if you're a scientist) that we could perceive light in the past or in the future. That's right. Wait for it. Drum roll please....in other words....TIME TRAVEL!

You see people? I was right all along! Time travel will be possible one day! What a relief for Cassandra, Professor Carver, James and all those scientists in my books, hopping around from one era to another! But seriously, time travel is, indeed, hundreds of years off, if at all, because these CERN experiments have yet to be replicated by other scientific bodies, though both Japan and the U.S. have the capacity to do it and will try in the coming year. And that experiment is merely step one. In the meantime, ponder this: if we can perceive reality in the past or the future, it means that cause and effect have no meaning. Effect could come before cause. Linear time would be irrelevant, and that is what we base our entire reality on.

Get ready to have your minds blown, people. I see this as a major evolution in man's thinking and perception. So hop on board...one, two, three, evolve!
Posted by Georgina at 10:58 AM