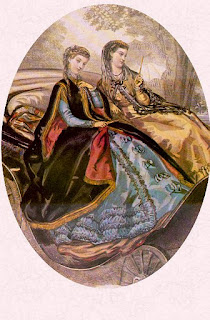 The sequel is coming out in a couple of weeks. It's called The Time Heiress, and in it, my heroine accompanies a kind of time-travel tourist to pre-Civil War New York City, where they both get embroiled in romance, and the danger of the Underground Railroad. Is it historical? Yes. Is it an adventure? Yes. Is it about time-travel? Yes. Is it a romance? No. It is sexy and it is romantic, but, gentle reader...be warned...the ending is not that of a traditional romance novel.
Posted by Georgina at 4:14 PM